Highland dancing is a competitive and technical dance form requiring technique, stamina, and strength, and is recognised as a sport by the Sport Council of Scotland.

Some Highland dances do derive from traditional social dances, however. An example is the Highland Reel, also known as the Foursome Reel, in which groups of four dancers alternate between solo steps facing one another and a figure-of-eight style with intertwining progressive movement. Even so, in competitions, the Highland Reel dancers are judged individually. Most Highland dances are danced solo.

For 2023, Our Highland Dancing Competition will start from 10:30 This is an estimated time and may be updated. 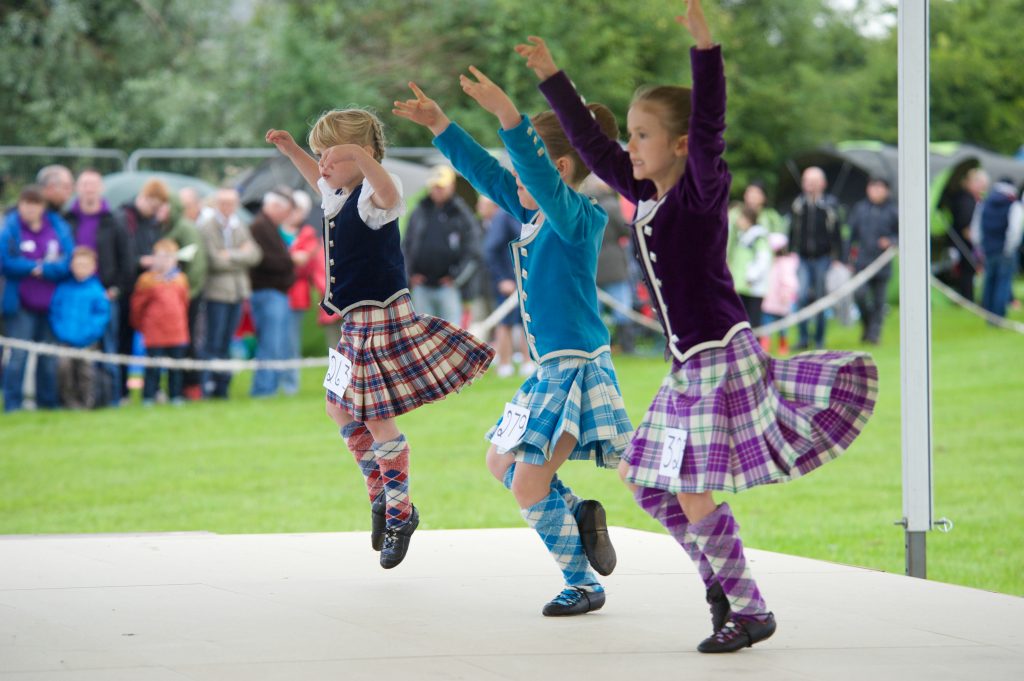